Feedback from a First-time Author 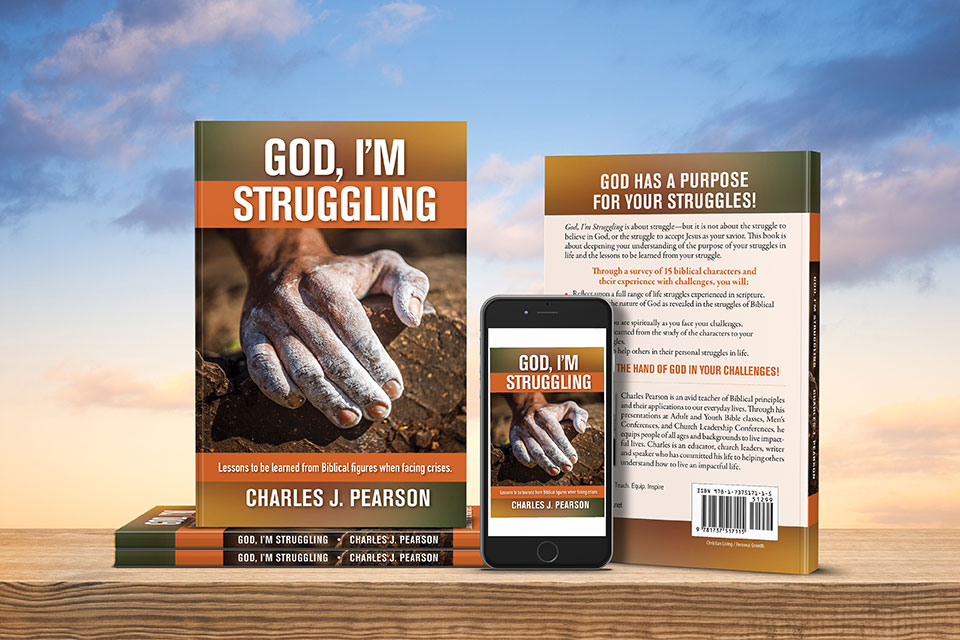 First-time authors have a goal—like a map destination—but on an unfamiliar road.

I asked author Charles J. Pearson the following question:  “As a first-time author, what did you learn about the book design process?” Here is what he told me:

“The visual impact of a book design is both complex and comprehensive. The book cover, front and back, needs to quickly capture potential readers’ attention and inform them of the content. This meant exploring dozens of cover prototypes before deciding upon a front cover. In my case, choosing a cover image that resonated with a variety of Christians was critical. Choosing “traditional’ or “classical” imagery for the cover would have negatively impacted (some) potential readers. The visual experience continues with the overall interior layout—use of fonts for headings and body type, and white space in the book. There must be an “elegance” to the design.” —Charles J. Pearson, EdD, author of God, I’m Struggling

Charles is spot on about cover design. A book cover needs to immediately capture a reader’s attention.

What did I learn from the author?

Through research and reviewing comp titles, I learned that this genre—religious/inspirational—had a wide range of cover designs. Some designs used photography; others used illustration. There was also a variety of typography choices: serif and sanserif fonts, as well as script typefaces.

Charles helped me with the book design process. He found a contemporary photograph that represented “struggles,” the theme of his book. This image mixed well with bold colors and sanserif font.

The other design direction was traditional style: serif font, dark colors, and a biblical illustration found on Wikimedia Commons. (Many historic paintings are in public domain.)

How did these cover ideas resonate with potential readers?

The next step was to test the proposed covers with Charles’s target audience. He showed the ideas to two groups of people who represented a cross section of ages and genders. The consensus favored the contemporary cover design, which gave us a clear direction to follow. The design benefitted greatly from all the research we both did.

Charles was an ideal first-time author. He did his homework on cover design even before our first meeting. Charles was open to ideas and willing to work with me to arrive at the best solution for his book. He learned even more about book design as we worked together, but I learned, as well, as I became familiar with the design possibilities in the religious/inspirational genre. This collaboration between an author and a book designer is important because it leads to a cover that will not only capture a reader’s attention, but will also pique his interest in the content.